High-Deductible Plans in Health: Don’t let the name scare you 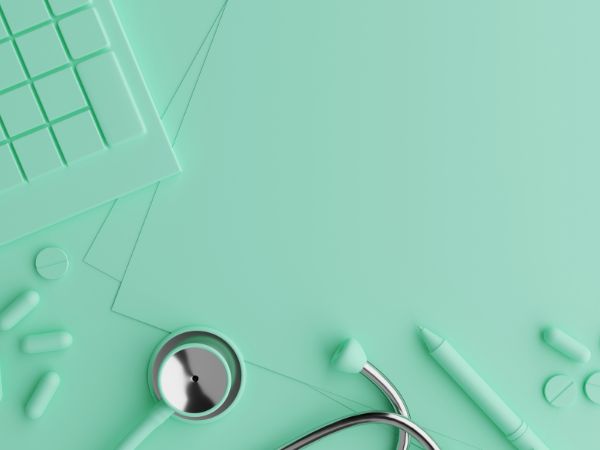 High-deductible insurance plans can be a disadvantage to some people just for the name. This is unfortunate because an HDHP for most people can save them more than a PPO.

In the wake of the COVID-19 epidemic, employees have been more concerned about their financial health. American workers pay more attention to workplace benefits. Voya’s recent survey of consumers found that almost 6 out 10 benefit-eligible workers (56%) spent more time looking at their employer’s benefits during the most recent open enrollment period.

This is great news, and it’s understandable. American workers want to protect their health and choose benefits coverage they can afford. Research from the industry shows that health care costs are increasing twice as fast than incomes. This means it is important to not overspend on benefits. Employee bias towards certain plans may be impacting their decision. This could cause them to spend more on health care than they should and could also affect their retirement savings.

Preferred Provider Organizations (PPOs) and High-Deductible Health Planss (HDHPs) are the most popular health plans employees have access through their employers. The PPO option usually has a lower deductible and higher premiums. While the HDHP option has a higher deductible and lower premiums, it is often paired with a tax advantaged health savings account (HSA). This can be a powerful savings and spending tool. Voya’s new research shows that Americans have a bias against HDHPs. This could lead to high costs in the future.

Voya created an experiment in which participants were given two plans. Participants were instructed to consider them identical in terms of quality, access, and other features. Only the PPO and HDHP plans had a difference in premiums or deductibles. Nearly two-thirds (65%) of participants in the study chose the PPO – despite the fact the study was designed to ensure that the HDHP would always be the best financial choice. The average employee spent between $500 and $2,500 more on their health insurance plan each year, depending on how they used their benefits. Employees could have powerful results if they took the excess money they spent on health care and placed it in a retirement account, such as a 401(k), or IRA, where it can grow over time.

Enrollment was affected by the name of the plan. Voya’s study showed that the plan name had an impact on employee choice. Participants were nearly twice as likely to choose a PO over an HDHP whose name included the words “high-deductible”. The gap was smaller when plan names were not branded. Participants were nearly as likely to choose an HDHP (47%), as opposed to a PPO (53%).

Many employees would rather “set-and forget” their coverage. Employees are more likely to choose the same plan as last year. This is another factor. Nearly 89% of respondents stated that they simply pick the same health plan as the previous year, particularly those who are currently enrolled in a HDHP vs. PPO (94% vs. 80%).

The majority of employees would prefer to avoid deductibles. Voya also found that employees are generally averse to deductibles. Nearly two-thirds (63%) of participants said that they choose the plan with the lowest maximum deductible.

Which health plan is best for me?

Although this is a common question the answer may not be so straightforward. Voya and SAVVI Financial teamed up to analyze 2018’s actual health care spending using data from the U.S. Agency for Healthcare Research and Quality. We then compared that claims data to the Kaiser Family Foundation plan design information to see how employees would fare financially if they had an average PPO or HDHP.

We found that the HDHP was a better financial option across all age groups. The average person would have saved the following amount if they had chosen an HDHP instead of a PPO

Most Popular: fire insurance let the fight get started

These savings are only for individuals who have single coverage. The analysis revealed that family groups could save even more.

The claims analysis revealed that nearly 60% of employees had claims less than $2,000, which is the highest amount of savings under an HDHP plan. Only 16% of those who had claims had any claims. Many employees could save money by choosing a HDHP plan that has lower premiums and pairing it with an HSA tax-advantaged. Everyone must weigh the benefits and risks. It is important to carefully review the options available from your employer for health plans and to consider the expected costs of health-related expenses in the coming year. For some, a traditional PPO plan may be better than others, while the HDHP might be more cost-effective.

High costs and the complexity of selecting the right health plan can make it more difficult and stressful than ever. It can prove costly to rush through these decisions and not do your research.

It’s wise to plan ahead. Most employees make all these important decisions, including choosing their health plan, in under 17 minutes during benefits open enrollment. This is less time than what the average streaming user spends looking through their options while they choose what to watch. You don’t have enough time to learn the details of each plan, or calculate the premium differences, tax implications, and benefits.

You don’t need to be a pro at it. Your HR team is available to answer your questions and share additional information. They can also provide decision-support tools such as budgeting and health-expense calculations to help you consider all aspects of your wealth and health. Be open-minded and avoid letting preconceived notions or biases affect your decisions about benefits planning.

You Should Keep in a Safe Deposit box

Travel insurance will pay for cancellations due to COVID-19